This Solarimon review is my opinion and personal experience with David Shimon and SOLARIMON. In my opinion David Shimon is a crook, thief, and just not a good person as he would like to portray himself, but then that is my opinion. After I worked for them, they refused to pay my commission on two jobs, and still owe me money.

David I don’t think you are not a good person, i think you are a thief for refusing to pay my due commission after I worked for months to get these deals done! If you are considering doing business with David Shimon, please read my experience and make your own judgment.

According to Florida Sunbiz the company is owned by Dafna Aviv (201B Ansin Blvd. suite 100, Hallandale, FL 33009), David’s wife. In all my interactions with the company, David Shimon acts, and appears to be the owner and operates the company by making decisions.

The Linkedin profile for David Shimon currently claims David is a “consultant” for Solarimon. 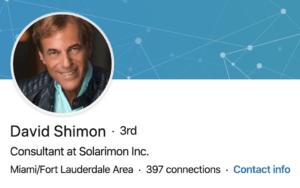 How I came in Contact with Solarimon and David Shimon

After being self employed for a while, I decided I wanted to venture into the Solar Panel industry. I responded to an employment ad from Solarimon, and this is how I first met with David Shimon. David was the person conducting the interview. In the interview he mentioned how the company was installing solar panels, how he was getting plenty of leads and closing about 80% of those leads. He also mentioned how Solarimon was the only solar company with a “proprietary” self cleaning solar panels system.

This all sounded very interesting, since I have plenty of sales and construction experience, I figured it would be a good match. David even seemed like a really nice guy as he talked about how he wanted to help people get solar installed in their home to save them money and help the environment (we’ll cover this later).

I took the job and wanted to be part of a team which would help people, while making some money.

The First few weeks with Solarimon and David Shimon

The first week we had some meetings and training with the others who had also apparently been lied to by David Shimon. During the course of these first weeks I met Lauren. She mentioned that she had previously worked for David in another business he had opened and it didn’t work out very well, but because she thought he was a nice guy she wanted to give this solar company a try. Lauren also seemed very skeptical of David.

Training was very much a self pat on the back for David as again he claimed his success rate with closing solar deals. Then he took us on some solar appointments, apparently solar leads which they had purchased. The first three appointment were unsuccessful, so much for closing rate…

I then accompanied David on an appointment to one of his so-called leads, which he later mentioned was the son of a friend of his. Also a failure as the customer had done some math and figured that it just was not cost effective.

Lauren eventually started to distance herself from David and started to miss meetings. When I talked to her, she mentioned how she needed to make money and had issues with David Shimon and the previous company where she just didn’t make any money.

After about 2 weeks I was given my own leads, and scheduled some appointments to meet with customers. Obviously unsuccessful as well.

Since I was being paid an amount per customer who I met with, it at least covered the fuel cost to drive to customer’s houses. Some of these appointments were up to 50 miles away. The other salespeople that started with me were dropping out, soon I was the only one left. They clearly saw the lies and deceit we were fed by David Shimon and the lack of structure of Solarimon.

As I saw the failures with these appointments, I wanted to see what else was out there. Come to find out you can buy the entire solar kit with all the components for a minimal fraction of the price that Solarimon was charging. A similar solar kit from that offered by Solarimon can be purchased for about $1.12 per kWH (prices vary). You can then have a company prepare the paperwork for the permits, and an electrician to install the solar system; saving you several thousands.

At these times Solarimon was publicly charging several times that amount to instal a solar panel system with their “self-cleaning” system.

If you were to purchase a solar system from Solarimon and finance everything, it could take upwards of 20 years to payoff your solar system, in most cases 30 years.

I spoke with David and asked why we couldn’t have more competitive prices. David just mentioned ways to tell the customer how we would give them gift cards, or this or that to get them to sign a contract for solar.

In my opinion, if David Shimon was to provide better pricing and not be so greedy, this could have been a very successful venture.

Let’s talk for a minute about this so-called self cleaning solar panel system.

Here is YouTube video on the “Solarimon Self Cleaning panels system” made by David Shimon.

-Take a close look at the back ground, does it seem like it’s filmed in the US?

-Does he even mention that Solarimon installed the panels?

After seeing that video do you think you could create your own self cleaning solar panel system? I think you can with every day items purchased from places like Home Depot or Lowe’s.

Do you have a lawn sprinkler system with a rain sensor?

I probably stayed with Solarimon for a couple months. After all It was just calling leads and scheduling appointments when I wanted to go meet the customers at their houses.

I really do believe in Solar, and think it can benefit the us, and the world.

I drove to numerous appointments, making just the flat fee David Shimon was paying me. but eventually I was able to close some deals.

One of the customers who signed for impact windows and solar system, on had the impact windows installed through Solarimon. I never got paid for that customer as David said that the company had not been paid as the Solar was not installed and they had to place a lien on the customer’s house.

The second customer I was able to close a deal with, had the solar system installed. David Shimon told me over the phone that he would not pay me my commission because business was bad due to the coronavirus and he had not even paid his contractors. David did acknowledge that Solarimon had received the payment for this costumer, but he still refused to pay me the due commission. David, I worked for Months to help your company, and earn my money, Pay me what you owe me!

Why I think David Shimon is a Thief and a Liar

In my opinion, David Shimon is just a liar who lied about his closing percentage, lied about how he was able to close deals, lied about how many installations and deals the company had done and is a thief by refusing to pay my due commission from Solarimon. 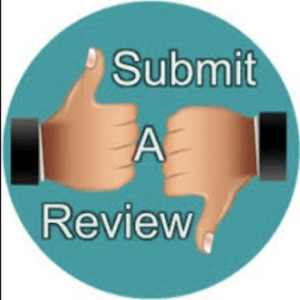 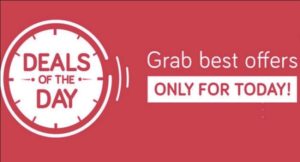 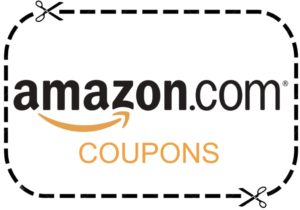 Thank you for your support. At no extra cost to you, Reviewaffi and/or the product review author(s) might receive a commission if you purchase through the affiliate link(s) provided.

We thank you for your support. ReviewAffi does not accept payment for reviews. At no extra cost to you, Reviewaffi and/or the product review author might receive a commission if you purchase through the link(s) provided. Customer reviews, good, bad or indifferent are from site visitors. Availabilty on Deals of the day, Daily Deals, expire quickly and are quantity and time limited.

Don't Miss Out on the Deals Of the Day & Reviews

Deals of the Day are posted with Huge Savings up to 90% on everyday items!!!
Stay in touch and Save Big!!!

Or Join our Email NewsLetter which goes out everyday at 6Pm with all the Deals of the Day and New Product Reviews - https://reviewaffi.com/newsletter/